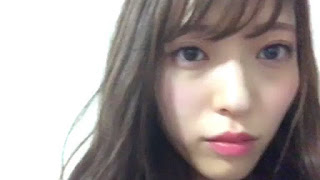 She was attacked by two paid men, allegedly the perpetrator who paid them was Nakai Rika (NGT48) as Mahohon tweeted that "Scandalous member did it."

The cause of Nakai Rika's hurt at Mahohon's statement regarding Rika's scandal that she (Maho) would never break love ban rule because it is embarrassment of a professional.

Mahohon reported to management that she was attacked and almost killed by the two men.

Management does not take any action and the member concerned is not fired.

Mahohon vent on SHOWROOM while crying if the case tries to be closed by the staff.

Mahohon account was also locked by staff and all of Mahohon's tweets were spread through screenshots.