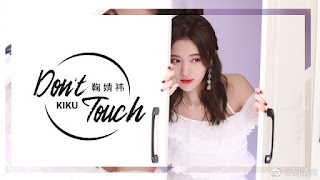 Former SNH48 member, Ju Jingyi who is now works for STAR48 is scheduled to fly to Japan this January. She will shoot the latest music video single there from the 21st to the 25th this month. This is known from the schedule uploaded by Juibyi Personal Studio official Weibo (01/01/2019).

Not like usual, the STAR48 (Shanghai Siba) company filming in Japan for filming new MV. As we know, STAR48 cooperates with a South Korean company, ZANYBROS for MV production.

This is a good step for STAR48 to make Japan the location of making MV. Given that SNH48 has never filmed MVs in Japan at all. There were also rumours who predicted that Ju Jingyi would enter the Japanese market. This girl who is often called Kiku has become a topic because of her beauty with the nickname given by Japanese net citizens as a 4000 year old beauty girl.

Some sources says the SNH48 target wants to expand their music market share to Japan after success in Korea with 7SENSES.