STU48 theater on the ship ready to sail 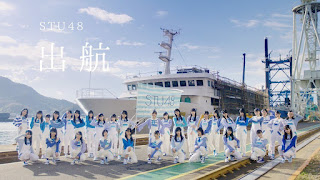 STU48 has previously postponed several plans to their ship boat containing a theater where members will appears.

For security reasons, they don't want to take risks. But good news is, they said that the ship is expected ready to sail.

The STU48 theater on a ship is planned to make its first trip no later than this summer. With development costs tens of millions of Yen will be able to accommodate hundreds of spectators in it.