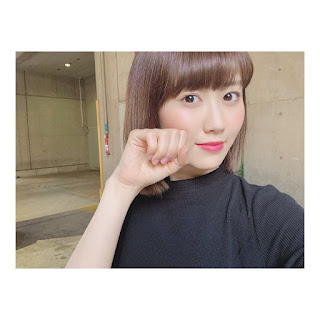 Yamaguchi Maho spokes out on Twitter and SHOWROOM, reveals it has to be one of her group-mate in NGT48 who did it to her last month.

According to Mahohon mail, she talked a bit to Sugahara Riko's family. Riko Sugahara aka Rittan is known as one of Maho best friend.

This morning fans found Rittan liked the fan who commented on Nishigata Marina's Instagram account: "人生最後の握手会お疲れ様" in Japanese / or translated: Good job for the last handshake event in your life."

Fans pointing out Nishigata Marina must be one of them who involved attacking Mahohon last month. Several name also suspected such like Nakai Rika, Nakai Rika's male friend outside group who are staying in her apartment room the day its happened, and Tano Ayaka.

NGT48 to made an official statement regarding this case no later than after their 3rd Anniversary event tonight.