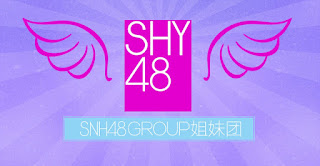 As has been circulated, rumors regarding the SHY48's disbandment have been widely reported by local media in China since the end of December 2018.

Starting from the closed theater, and the members left the SHY48 dormitory.

Speculation has emerged that they are about to gets disbandment, as well as CKG48 Chongqing.

But the good news from Zhao JiaRui, one of the SHY48 members hinted that the rumors spread elsewhere were false.

Then a fan commented, "I've heard news, whether or not its true. Are you going to get disbandment? I hope not."

Rui then replied, "Wow that's too far, indeed there will be surprise announcement. But not that far, come and see the event."

While CKG48 will move their theater due to the lack of public enthusiasm where their previous location appeared regularly. The same thing will probably happened to SHY48.

Although it is not yet known where the new theater and dormitory members at.