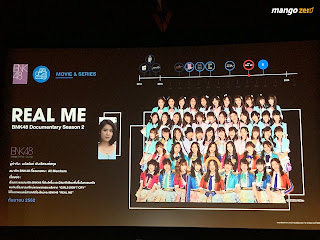 BNK48 have announced their 2nd documentary movie to be released in September 2019 with title "Real Me". The first one "Girls Don't Cry" was released in August 16, 2018.

This documentary will tells story that "These are the Real BNK48 who never say never and take advantage of the slightest opportunity to reach them who they are now."