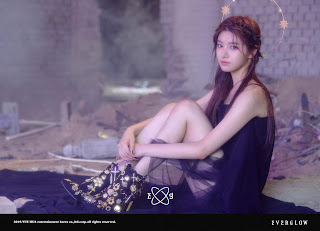 One of Everglow member named Wang Yiren has denied dating rumors involving her with a man 15 years older than her who is known as her beloved boyfriend.

The man suspectedof being an IT entrepreneur was previously reported by local media, dating Wang Yiren. Everglow has yet to issue an official statement regarding this matter.