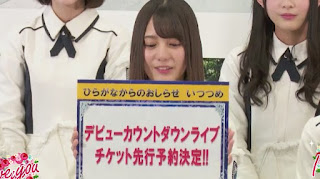 They will also hold concert Debut Countdown Live in Yokohama Arena before release debut single in March 27, tickets concert will be on sale tomorrow.