How to change graphics on PUBG Lite Mobile (Location settings) 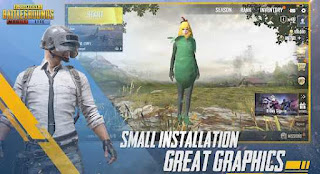 With a file size of almost a quarter of the Standard Version, PUBG Lite has been downloaded more than 10 million smartphone users worldwide. Even though when this article was published, when running the light version of the most popular Tencent Artificial Battle Game, it was still in Beta or not yet Final, which meant that improvements were still being made.

Admin also tried to install PUBG-Lite games on the Xaomi Redmi Note 7 smartphone, which is actually strong enough to install a standard PUBG even because the RAM specification is 4GB.

But for curiosity that I tried to play it, the calculations also want to see what the features and settings menu. Although the initial installation file size is 34MB in the Play Store, during the installation process as usual we have to wait for the download file to be around 500MB, a quarter the size of the Original / Standard PUBG version which reaches 2GB.

Difference between PUBG-Lite and Standard

With a smaller file size, of course, there is a fundamental difference that is intentionally made for fans of this Unknown Players' BattleGrounds Game, including the following.

1. Smoothly Run Small RAM For fans of the Game shooter and battle applications who are eager to install PUBG on mobile phones with only 1GB of RAM don't need to worry, because this Lite Version is friendly with medium-low specification phones with low RAM.

Although RAM friendly, it is recommended to install it on a smartphone with a minimum of 1.5GB of RAM to avoid Lag and the phone gets hot quickly. Likewise prepare a free space of at least 1GB of internal memory for the location of the installation file, because even though the total file when first installing is only about 500MB, free space in the phone's memory is still needed so that the game runs smoothly.

2. Map and Number of Players

Unlike Standard PUBG with extensive battle maps, the PUBG-Lite version has a small Map of only 2km x 2km.

Another difference is in the number of players in one game session, in PUBG-LITE limited to 60 parachutes, different from the standard (official) version which reaches 100 parachutes.

The game map also doesn't have as many choices as in standard PUBG Officials like Erangel, Miramar, Sanhok or Vikendi.

Not as complete as the original version, PUBG Lite has a minimal settings menu. such as No Graphic settings commonly used to reduce image quality, anti-aliases, image frequencies and more.

Maybe someday the final version of PUBG-Lite has available a graphical settings menu so that when installed on a smartphone with low specifications it can even run smoothly.

Some BUGs are still the admin feels when playing in the PUBG-lite version, such as auto-aim that is not good, the effect of being hit is too thick unlike in the standard version, the server is often cut off even though the internet signal on the smartphone is good and smooth, and several other problems.

But overall the fighting game adopted from the PC version of PUBG is very good to run on average phones with low RAM specifications, and we wait for the final version so that this game is more refined by Tencent Game as its Developer,