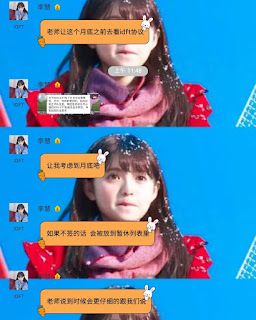 Few days ago, former SHY48 member Li Hui leaked the news that the members belonging to the IDOLS Ft project would receive a new contract. This is informed through her Pocket48 chat room. Li Hui was known to have left the group but suddenly her Pocket48 account was active on February 11.

Li Hui said that IDOLS Ft members must immediately sign a new exclusive contract. The most recent deadline for signing a contract is until the end of February 2019. If a member does not sign a contract, it will be moved to the hiatus position. Li Hui added that she must be careful because of the contract.

As we know, STAR48's exclusive contract is not an easy one, dozens of members have been sued or otherwise they sued the company because of contract issues.

SNH48 GROUP's exclusive artist contract allows a member who resigns to be unable to work as an artist before the contract runs out unless they pays a fine and is decided peacefully by both parties. However, a contract with STAR48 can earn a lot of money if the member complies with the company and the level of popularity is high.