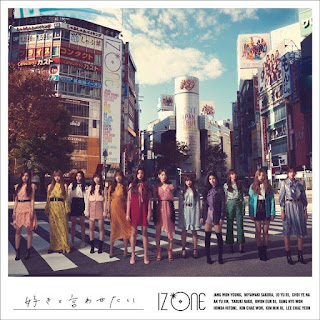 According to Oricon and Billboard Japan, IZ*ONE are now conquiring Japan following their achievement in the first week sales for female artists debut in Japan for selling over 303k copies of Suki to Iwasetai single.

IZONE have beaten previous record made by Keyakizaka46 "Silent Majority" sold over 284k copies, a good news for WIZONE as their idols have beat local group in their own backyard.