Produce X101 group X1 will get disbandment, says a fan 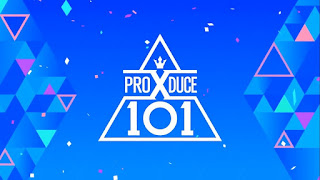 Mnet responded to news that said X1 members would be overhauled. On Friday, Maeil Business media reported that officials from the Mnet company had met with agency representatives from 9 finalists who were eliminated.

According to the report, the Mnet official said that the 9 finalists could join boy group X1 if they were not satisfied with the results, indicating that the X1 members were likely to be overhauled.

But the representatives of the 9 trainee agencies rejected the offer from Mnet, because they felt that the decision could hurt the feelings of the trainees who had been eliminated as well as those who were selected as members of X1.

When confirmed about the news, Mnet gave their clarification, "We met with agency representatives today to explain that we will call a professional team in order to investigate the results of the 'Produce X101' final vote. In the meeting, we listened to their input what if later the investigation found an unexpected victim of the voting result. "

"We then asked them what if there were victims found, whether they would like to be included as X1 members or be brought into different groups."  Regarding reports that all agencies rejected the offer, Mnet said, "Each agency has a different opinion."

"The most important thing is not to get the feelings of trainees and agencies hurt. We hope you understand, because the report has been exaggerated, "said Mnet's representative.