Qing Chun You Ni Season 2, there are SNH48 members trainee JYP and SM 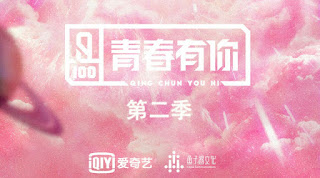 The second season of Qing Chun You Ni will begin filming at the end of 2019.

Every survival program must be awaited by many loyal fans, especially millennial lovers of KPOP and CPOP.

Especially for this Qing Chun You Ni where their second season event was the first time followed by female trainees.

Previously, IDOL PRODUCER and the first season were attended by male trainees.

Rumors regarding the names of Qing Chun You Ni Season 2 trainees had indeed spread some time ago.

STAR48 which houses SNH48 has just stated to participate in the survival program so they will send their representatives from SNH48 GROUP.

These nine members already have the most qualified skills and fit the criteria of Qing Chun You Ni.

Another trainee's name is Xu Yiyang (徐 艺 洋) who is a former SM Entertainment trainee.

Yiyang is a Rookie SM who came out in September 2018.

She is a member of the Chinese idol group called LEGAL HIGH.

She will be a representative of Longsheng Entertainment in this program.

She is rumored to be trying her luck in her second survival program, previously she was a trainee from PRODUCE 101 China.

Jiang Shen, is a member of S.I.N.G as one of the main vocalists, lead dancer and visual.

She introduced her first solo song "Mermaid" on January 4, 2019.

She is a Korean singer who originated from China.

Her Korean name is Ryu Sa Nyeong, and debuted with a group called Gu9udan.

Her ability in music can not be doubted.

This girl is a former trainee from JYP entertainment agency from South Korea.

She was once rumored to be joining the TWICE girl band. However, she decided to return to her native country and register for the LadyBees audition.