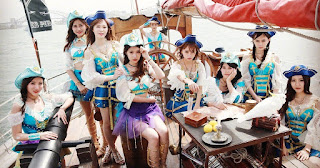 Like a routine agenda every year, SNH48 will definitely release a new single with a summer theme. This single will be released to welcome the election members this year which is the sixth event. In the last year, the SNH48 summer single was Forest Theorem or Mimi Huayuan.

The line up of this year's SNH48 senbatsu members for summer single has been announced through social media. Senbatsu currently consists of three groups: SNH48, BEJ48, and GNZ48.

Number of members of the SNH48 summer single senbatsu this year is 20. They will filming music videos abroad in March. Not yet known the exact location of the destination country for filming this time.