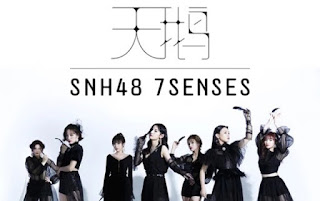 The Korean version of the SWAN song from 7SENSES will be released on all South Korean music platforms. This release will take place at 6pm Seoul time. This is the first expansion of SNH48 to the Korean market through the international sub unit 7SENSES. Swan's song is made by EXID member Lee.