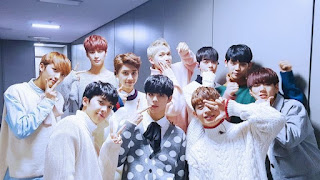 UP10TION's Boy group has been confirmed to have a comeback with 8 members. It was announced directly by TOP Media's agency on Friday, which stated that the UP10TION will return with the latest album at the end of August.

But in this comeback UP10TION will only carry out promotions with 8 members, without Kim Woo Seok and Lee Jin Hyuk. As of now Kim Woo Seok is preparing for his debut with boy group X1.

As for Lee Jin Hyuk, the agency explained, "It was decided it would be difficult for Lee Jin Hyuk to immediately take part in the UP10TION comeback after the program ended. While he is resting, Lee Jin Hyuk will also greet his fans through fan meeting and solo activities. "

Finally the agency added, "This decision was made after a long discussion with the members, so we asked for their understanding and hoped for support from the fans," concluded the agency.