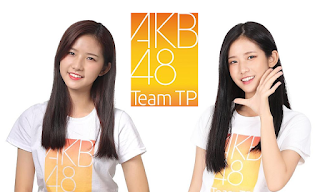 Through its official Facebook account AKB48 Team TP announced that one trainee member often violates the company rules (06/03/2019). The member was unexpectedly coming from the first senbatsu single, Lee Meng-chun. The girl who is often called Momo is suspended for all activities by the AKB48 Team TP management.

"Regarding Li Mengchun AKB48 Team TP, due to repeated violations of the rules of the artist company, the management of maintaining group honor is a priority, then Li Mengchun will be suspended all public performance activities from now on. Private IG and live broadcast accounts are also stopped simultaneously. Providing independent reviews to members, deep reflection, the specific time to return to the group will be announced separately depending on the situation. Please understand and support, Thank you. "

Lee Meng-chun was a member of TPE48 first generation sent to AKB48 Team TP last August. The suspension of activities carried out by management was similar to both AKB48 Team SH members in the case of Shi Keyan and Wang Fangzhou.