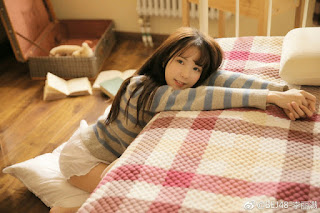 The news about the withdrawal of Li Liman from the SNH48 summer single senbatsu ranks made some people disappointed. The new BEJ48 member has been promoted to Team E after 2019 reshuffle in January, even though it is on the rise, her Weibo account has more followers than any other members from its generation.

Her decision to get out of senbatsu was unknown. Her position on senbatsu has now been replaced by another member of Team E, Peng JiaMin. Even though the position of the summer senbatsu singles is much desirable for SNH48 GROUP members.

After being a fan talk, Li Liman finally gave an announcement through her own official Pocket48 account. Li Liman announced that she is decide to graduate from BEJ48. That immediately became a hot topic for SNH48 GROUP fans who were disappointed that not seeing it in a bikini instead backed away from the group.

"Sorry ... Don't expect me to have a bright future, I don't want to hear that, seeing that makes me a little sad," Liman wrote in the Pocket48 chat room. The former member of the disbanded 1931 idol group also did not have a long career on BEJ48.