BNK48 new original song "Let U Go" to be released 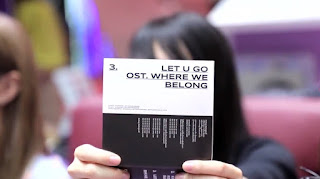 BNK48 conducting live broadcasts as per usual at BNK48 Digital Studio. In the live broadcast today, there was an announcement that made fans of this idol group feel very happy. The general manager of BNK48 Jobsan announced that AKB48's sister group in Thailand will have the first original song titled 'Let U Go'.

He also said that the song 'Let U Go' will be sung by Jennis Oprasert and Praewa Sutamphonh (Music). This song will also be added to the third track for BNK48's sixth single 'Beginner'. In addition, Let U Go will be the soundtrack of the Where We Belong movie that will be released by BNK48 this year.