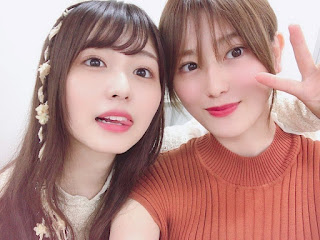 Nagahama Neru, a former member of Keyakizaka46, recently completed her graduation concert held in the city of Tokyo Metropolitan. But she was immediately enlivened by rumors about her marriage.

Unfortunately, Neru Nagahama denied the rumor. Sh said did not want to get married for now, still wanted to have fun. Neru says: "I'd say no. I still need a very long time, and there is still a lot that I have to achieve before settling down. To have a boyfriend, yes, I will do. But no to married."

Neru has been hit by scandals when doing a double date with another former Keyakizaka member, Shida Manaka some time ago.