GNZ48 Du QiuLin graduate to get the 'better job' 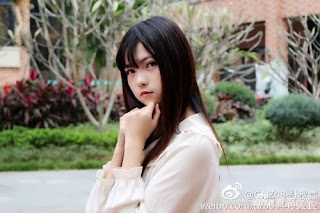 One of GNZ48 member Du Qiulin announced her graduation from the past several community groups. This member of Team Z revealed that she opted out by reason of wanting to find a better job. This is because her father who was lying sick because of the burning case that caused her father to burn 95% of his body.

Some time ago Du Qiulin haters accused her of stealing money from donations she received while raising funds from her father's accident.

Qiulin's response when she discovered the accusation was immediately denied. It was an outrageous fraud received by Qiulin and she did not want to be attacked continuously about it. She also thanked them for the donation.

"I never said I hate companies, I just don't like the current climate, it's very different from what it was before," Qiulin said.

"When I returned home in the new year I just found out that my mother was still working hard to pay for the loan she had to pay for treatment, so I wanted to get out of the group and try to find a better paid job," she wrote.

She apologized to fans for making them disappointed with her decision. Du Qiulin also thanked for the support given.