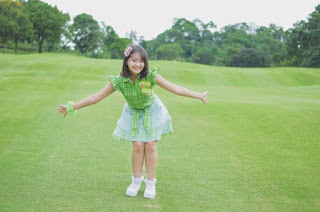 At the Friday night theater show JKT48 Team KIII 'Saka Agari' stage (22/03/2019), it was marked by the announcement of the graduation of its members. One of the JKT48 member who was in the MV of the Tsugi no Season, namely Natalia, decided to graduate from the group. Nat chose to leave for health reasons.

In her announcement at the time, Nat had considered it long time ago with family and management and had planned for the future. Before she spoke and graduate, Nat first told them about her illness.

It is known that this second generation girl of JKT48 has Sjögren's Syndrome. Immune system abnormalities that interfere with fluid-producing glands are a picture of Natalia's disease.