MNL48 deny QZN48 as their first sister group in Philippines 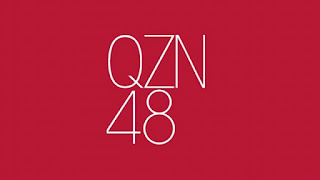 Fans of the MNL48 group are now in an uproar with news about the formation of QZN48 in Quezon City, Philippines. QNZ48 is rumored to be the 10th sister group AKB48 and first for MNL48.

However, this news is not a true news, and made by their fans only. This is known after the circulation of screenshot images showing the official website and Twitter account 'QZN48'.

The picture shows that Quezon48 (QZN48) is also holding a first generation audition. But strangely the appearance of their official website has similarities with the CGM48 site so it can be ascertained this is not true.

In addition, the QZN48 Twitter account is also exactly the same as the CGM48 account. There is not even a difference in the company that houses QZN48, the QZN48 Office, which is the same as BNK48 Office.

Even if MNL48 has a local sister group it might still be under the auspices of HHE and ABS-CBN. From the rumors above, Qiu Zi En Forty Eight has a dark red and maroon red logo. The logo is quite similar to the 48 Group logo in general.