MNL48 push members as they prepare for 4th single 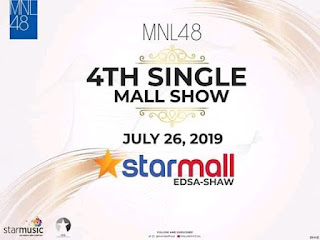 what song will be the 4th single, before there was a rumor saying that MNL48's 4th single was Gingham Check. But that turned out to be just a breeze. T

4th single is the first single where the center is not Shekinah Arzaga, because the 1st period girl center ranked 4th and center girl for the 2nd period was Jhona Alyanah who rose significantly from 26th place (Under Girls) became the 1st position at the age of just 18 years. Guess what is the title of the 4th single in MNL48? Let's wait for Friday tomorrow.