Might be Yokoyama Yui graduation as well from AKB48 funny if Mukaichi Mion graduate before Yuihan ... 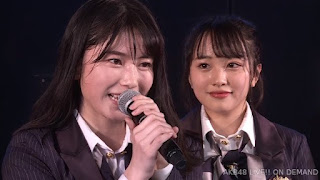 On today's theater show has been announced that Yokoyama Yui, current AKB48 Group General Manager to handing reigns of Soukantoku to her junior, Mukaichi Mion on April 1st.

Back in AKB48 13th Anniversary show in December 2018 where Yuihan choose Mion Mukaichi to be the next Soukantoku. While Mion says plans to rebuild AKB or at least keep their level up.