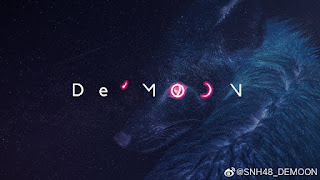 They were chosen from fans' voices which were announced in the fifth Request Time last January. Reportedly they will release the first single consisting of 4 songs.

The concept of DEMOON itself is somewhat similar to 7SENSES which is oriented towards KPOP and a combination of other musical genres. When viewed from visual debut they are more like 'bad girl'.

The center of the sub unit was Xu Zixuan because he was ranked first in the vote for the new sub-unit election yesterday. The song they performed was FOX or Huli in their mandarin. DEMOON's debut song was very good and not much different from 7SENSES 'debut song' Girl Crush '. Their dance is also very energetic.