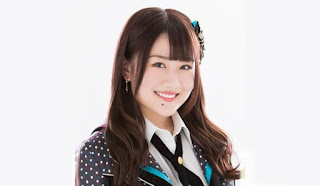 NMB48 member Kushiro Rina has announced her  graduationfrom the group. Rina said that the reason she chose to graduate was clear in front of her fans who attended the theater performance.

Rina Kushiro added that she began to want to focus on new episodes in her career and would join a new entertainment agency for a solo career.