SM Super M boygroup will get disbandment says a fan 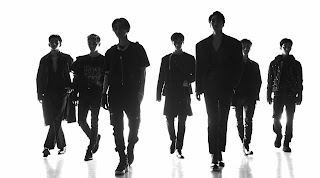 The seven members are Taemin SHINee, Baekhyun and Kai EXO, Taeyong and Mark NCT, and Lucas and TEN WayV.

Now through the 'Capitol Congress 2019' event, Lee Soo Man revealed the name of Super M and photos of its members.

According to him, this group will debut permanently using their own brand.

This boy group will debut and do promotions in the United States in October, which will be managed by the label Capitol Records.

"I think the Super M group will not last long, they will disband and the cause of their disbandment is taboo if you look at SM's track record, probably 1-2 year before disbanding." the fan said.