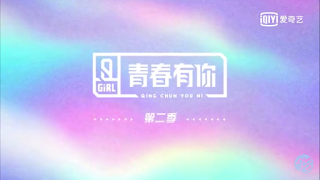 What happens if the ex and the new meet?

Wow, there will definitely be a very interesting reaction.

Yup, this is what makes the Chinese citizens are shocked by the video that iQiyi launched for its new program, Qing Chun You Ni 2 today.

SNH48 (former / former) and AKB48 Team SH (new / successor) is an idol group that is now and has been connected with AKB48 in Japan.

The members of AKB48 Team SH seen in the video are Zhu Ling, Shen Ying, Mao Weijia, and Hu Yixin.

The members of SNH48 and AKB48 Team SH who appeared in the trailer video were rumored to be trainees of the Qing Chun You Ni 2.

It would certainly be interesting to see the background of the two.

Both of them certainly have the same song but with different lyrics.

Reportedly when AKB48 CHINA joined PRODUCE 101 China, STAR48, which had been rumored to be participating, was forced to withdraw its members.