For a long time, it was not heard after leaving AKB48, Suzuki Mariya will now join a new idol group called Sotsugyosei.Tokyo (卒業 ☆ 星). Sotsugyosei.Tokyo will consist of four girls who are all dropouts of idol groups. Announcement of the names of members was delivered yesterday. They are Takahashi Nanami (Rev.from DVL), Mariya Suzuki (AKB48 / SNH48), Abe Sara (amorecarina), and Yamamoto Shiori (Ring-trip). 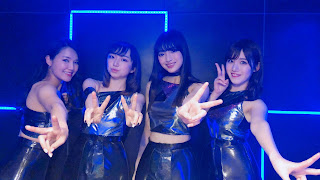 This group will debut in April. When this official site is opened, you can visit https://sotsugyosei.tokyo/. Their producer is a famous music creator who often produces AKB48 songs namely Yoshimasa Inoue. According to composer, this idol group was deliberately created from different group graduates. Sotsugyosei Tokyo's first single has been announced, the title is 'STYLE OF LOVE / Frontier'. They plan to hold a show in Taiwan in 2021.