AKB48 China made an error by input SNH48 videos 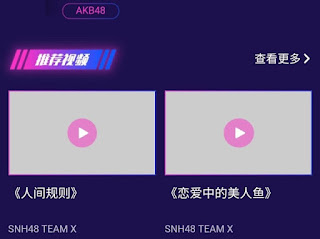 AKB48 CHINA (Shanghai Shangyue) will be in charge of the 2019 AKB48 Group Asia Festival concert in Shanghai. On August 8, AKB48 CHINA will hold a press conference related to the concert which will also be attended by 8 members from the sister group.

They are Abby MNL48, Cherprang BNK48, Chen Shih-ya AKB48 Team TP, Beby JKT48. Fans were shocked by the wrong press conference promotion poster where Manila as the MNL48 base on the map turned out to be wrong.

Manila in a poster is located in one of the islands in the southern part of the Australian continent which is very far from Asia. This error was then corrected by management shortly after.

Again, the press conference's live broadcast page will also have an input error in the video related to AKB48. There instead appeared a video show from SNH48 originating from the Team X theater performance.

There were even two videos, the songs Renjian Guize (人间 规则) and Gokigen Naname na Mermaid (恋爱 中 的 美人 鱼). This error has also been corrected by related parties and had become a conversation by SNH48 fans.

This kind of error can be considered quite fatal because it can cause misunderstanding by several parties. Moreover AKB48 GROUP does not have any relationship with SNH48 GROUP.