How to get and play IZONE Remember Z mobile game app 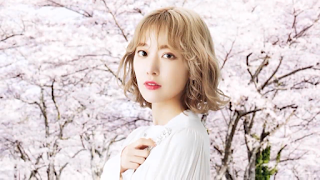 It seems that the world of Kpop really wants to explore the gaming market, this is evidenced by the increasingly widespread games that present Boyband and Girlband Kpop. After a while ago there was a game of Superstar Smtown and BTS World which in Singapore will be released by Netmarble, this time it was the turn of IZ*ONE RememberZ which will be coming soon from iOS and Android. This game itself will have the official title of IZ*ONE Remember Z and is planned to be released in coming weeks.

This game was developed by 10ANTZ Inc. But most likely in this IZONE Remember Z you will act as a manage of this one girl group. Like the game adapted from the other Kpop groupband this game itself will present a variety of IZ*ONE flagship songs such as Violeta, La Vie en Rose, and Suki to Iwasetai. This game itself will also present a dating sim element that allows you to date IZ*ONE members. In addition, the game will also present exclusive content such as photos and videos from members such as Miyawaki Sakura, Jan Won-Young, Nako Yabuki, and Kwon Eun-bi.