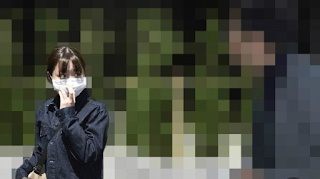 Former Keyakizaka46 member is reportedly suffering from bullying during her time in the group. The bullying comes from her antis and the irony is they are Keyakizaka fans.

"Imaizumi Yui who got hit like a pig by a female anti, attacked by hirate hardcore when its rumored she center 4th, various kind of rumors during her hiatus, & until the end still attacked by heartless fans, saying that she graduated because of bullying & such, otsukaresama."

The bullying happens since late 2017, there are at least five fellow Keyakizaka46 members who doesnt likes her. One of them says "Dont ever comeback to the group." when Zuumin in her hiatus.

Keyakizaka46 management once interrogate most of Kanji members and confirms the bullying to Imaizumi Yui exists, they told members to stop it.

Her bullying case more like make-up tools and shoes hidden by other members, she is always alone, didnt even allowed to enter the lift by other members. It is getting worse as Zuumin suffers mental health during her hiatus.

The management always trying to cover up the case. When Zuumin tried to do a blog post with some photos hinting at her situation but not allowed by management.

Keyakizaka46 fans urges management to solve this. "If they are let this thing happens, it might be getting worse in the future. Are we going to wait for other victim to spokes out? Please learn from Mahohon incident that would help."