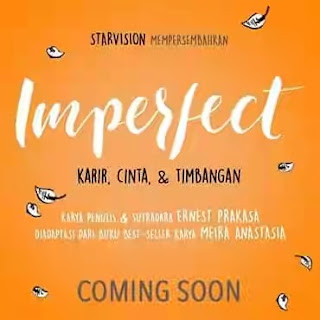 Adhisty Zara (JKT48 Team T) will return to play in the Widescreen movie theatre by Author and a Director Ernest Prakasa titled "Imperfect". As it known from Zara which makes Insta Stories respond to posts about Thanksgiving for "Imperfect" and Zara IG accoun5 Followed by Imperfect Official Film accounts where only the players & Directors / Producers follow.

Amid the rumours that she's very lucky to starring a movie again, Zara says she will not graduate from JKT48 at least until she ia 20.