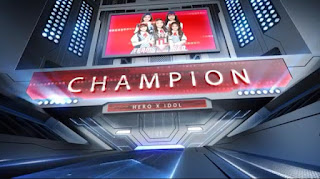 The winner of this competition is the Red Team and the winner will focus on the special E-Sports Mobile Legend. This is the first non-music group unit formed by MNL48  The Red Team consists of:

The Red Team won this event after fighting the green team and were entitled to form a group unit called "Senbatsu Game".

Later this group will focus on E-Sports (Mobile Legend) and will often appear on E-Sports match matches later. Do you think the Senbatsu Game will one day face Valkyrie48 (JKT48)? Let's just wait for the next project from the MNL48 Senbatsu Game.