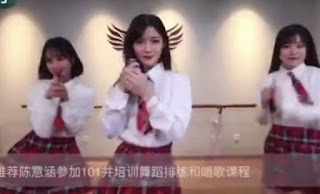 Maybe you still remember the AKB48 China Audition project that was held at the end of 2017. Yes, there the members who passed will be trained and will become AKB48 members just like Ma Chia-Ling.

Last March 2018, AKB48 CHINA announced 3 members who managed to qualify to become AKB48 CHINA members, two of whom were Liu Nian & Mao WeiJia who are now in AKB48 Team SH. However, one member must resign due to contractual problems with her old agency And according to the source listed, the member is Chen YiHan.