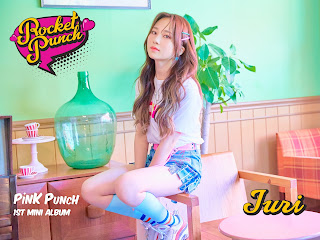 Rocket Punch is a girl group formed by Woollim Entertainment in July 2019. One of the members is a former member of the AKB48 idol group, Takahashi Juri. They released their debut album titled Pink Punch and Bim Bam Bum's first single.

But did you know, apparently the sales numbers of Rocket Punch's Pink Punch album are the lowest for the girl group that just debuted, it is the new record in the last decade.