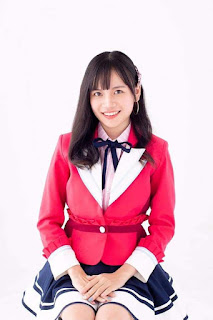 YAG Entertainment, informs that the member named Châu Ngọc Đoan Thảo or better known as Hikari is suspended from all of her SGO48 activities until May 1, 2019.

Earlier this month, YAG has suspended Hikari's activities to verify information about Hikari's violates the regulations that were agreed initially with SGO48 members. To ensure fairness and transparency. YAG has had many meetings with Hikari and stakeholders and came to conclusions:

1. From the beginning of SGO48 activity to the present, Hikari has had a number of activities outside the YAG group and company regulatory framework in the use of social networking applications.

2. Hikari appeared in other music event activities without YAG's approval.

Therefore, based on SGO48 regulations and companies for its members, YAG decides to handle Hikari violations with reprimand and suspend all Hikari activities until May 1, 2019. After this time, Hikari can participate in SGO48 group activities as usual.