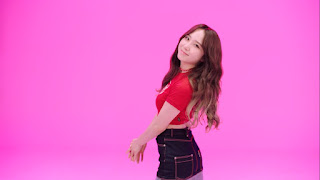 Juri Takahashi's previous judge was known to have signed a contract with Woollim Entertainment agency, after starring in 'Produce 48' last year and graduating from Japanese idol group AKB48. Through this teaser video, we will see the beautiful appearance of the Takahashi Juri while shopping for clothes with members of Rocket Punch.

The agency says there is no plagiarism regarding Juri appointment on the video and adds it was their original idea of content.