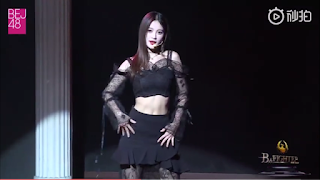 Chen Meijun through her Pocket48 account yesterday, vent to fans in her chat room. This Team B member surprised fans with a horrendous statement. Meijun said that her salary had been cut by the company by as much as 3000 Yuan.

This was done because to patch up the loss of the Request Time concert in January in Guangzhou. According to reports, ticket sales were not selling well or not good compared to last year's concert. 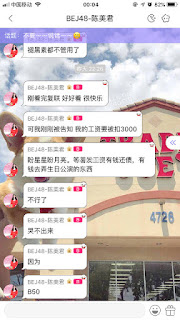 Three thousand yuan if calculated to the USD exchange rate is now approximately $443. This figure is large enough for the salary of a member who is not quite popular. Attracting fans of new members' salaries is around $499, while ordinary members range from $450-$10k.

The SNH48 5th Request Time Best 50 concert was held in Guangzhou for the first time. With GNZ48 as the host, is certainly a little different. The song group system is different from the previous year which might also cause ticket sales that are below expectations. The song that can be given a vote is also a lite bit considering this year only a handful of AKB48 songs can be chosen.