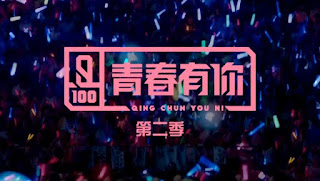 SNH48 successfully held its sixth general election concert on July 27, 2019 at the Shanghai Mercedes Benz Arena. The annual SNH48 GROUP event is indeed very lively every year. In addition to waiting for the final results of the election, fans also expect announcements to be delivered at the concert.

Qingchun You Ni is another name and program of IDOL PRODUCER that successfully debuted NINE PERCENT. This announcement was welcomed by SNH48 fans because they always wanted their beloved idols to join the survival event.

This step is a golden opportunity for SNH48 GROUP to boost names higher among idol lovers and Chinese music. However, it is not yet certain who the members of SNH48, BEJ48, GNZ48 will be following Qingchun You Ni.

After being selected with STAR48 in PRODUCE 101 China, SNH48 fans are now happy. Qingchun You Ni will be present at the end of this year. According to the news circulating the second season of this program will be aired starting November 2019. Even though SNH48 will then hold the sixth Request Time,