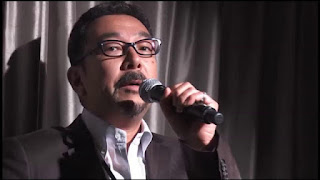 Hiroshi Yuasa, former SKE48 general manager, changed status to become a special advisor for JKT48. This is to welcome the cooperation project between JKT48 and SKE48 that will be held soon.

Hiroshi Yuasa has also changed his Twitter account from @SKE48_YUASA to @Jkt48Advisor. This man born in Tokyo has served as the theater manager of AKB48 in 2015. He has been with SKE48 since the first generation member audition. He officially served as special advisor for JKT48 in August 2019.

For this job, the 57-year-old grandfather visited the city of Jakarta, which is the basis of JKT48. Through his Twitter account, Yuasa began in Jakarta on August 2, 2019.

In his account it appears that he visited fX Sudirman where JKT48 theater was on August 3, 2019 and met with the Team KIII girls. He also watched the Alicia Chanzia graduation performance from JKT48 yesterday.

For the first time, Yuasa uploaded a picture using Indonesian. He was seen enjoying tea in a cafe in Jakarta. He also praised that Jakarta is a good city. Even though we know that Jakarta is currently a city with the worst air pollution in Asia.