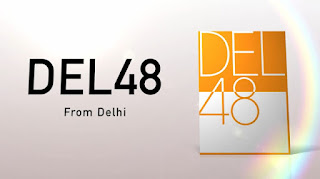 AKB48's newest sister group based in Delhi, India 'DEL48' was announced on June 19, 2019. This announcement horrified 48 GROUP fans of course because it was accompanied by the MUB48 sister group which is also based in Mumbai, India. DEL48 has a white orange logo that is divided into two with orange edges like NGT48. This logo is inspired by the national flag of India Green White Orange, the green color is in MUB48.

As a new group, DEL48 and MUB48 will make its debut and this is the first 48 GROUP in India. DEL48 has more rapid movements where when the first generation audition was formed, it was opened. Auditions will take place from June 19 to July 31, 2019.

The conditions specified by DEL48 and MUB48 to become their members.

(1) Girls aged 12-20 years on May 31, 2019, do not prioritize experience.
(2) Candidates who can apply currently reside in Delhi NCR and can move in Delhi NCR.
(3) Candidates can appear on TV, WEB, and other media during the audition process.
(4) After being declared qualified, the candidate will enter into a contract agreement with YKBK48 Entertainment Private Limited.

The first stage of the audition is an online application, filled on the official website of DEL48. Interestingly DEL48 and MUB48 expects the cost of this audition to be 1200 Indian Rupees (INR) or around USD 150. After filling out the online form, a selection of the uploaded data will be made. The announcement will be informed via e-mail and the official website if it is declared to have passed. The first selection will take place from 1-10 August 2019. The announcement will be held around 11-17 August 2019.

The third or final stage is still the same as stage two, namely singing selection, stage performance and dancing. The venue will be notified in Delhi NCR. Selection of the third stage will be conducted from 21-22 September 2019. The announcement will be held around 23-30 September 2019.