JKT48 fans waiting for original single, but when it will come? 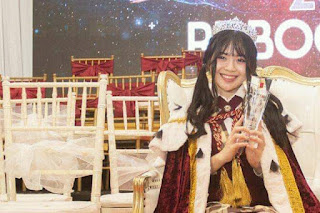 The idol group based in Jakarta, JKT48 has been established for almost 8 years. This group with known song Heavy Rotation is often a comeback with several songs that had hits in it's era.

Every year there are approximately 3 comeback singles released by JKT48 to fill the Indonesian music scene.

However, who would have thought that JKT48 in 2019 would only release one single, namely High Tension. The single from the election of the 20th single member was released on 30 January 2019.

Now, the 8th month has arrived and more than 7 months the group has not launched a single after the election. Even though JKT48 usually releases 2-4 singles every year.

JKT48 through its official website announced that this year's sousenkyo will be done with a card content. This 2019 general election special JKT48 launches the card for the Fajar Sang Idol card.

This is the second time that JKT48 has not released a single or album in 7 months. The first happened after Melody's graduation single 'Kimi wa Melody' was released on December 14, 2017.

After that the new single appeared on July 7, 2018 with double UZA and Everyday Kachuusa. The distance between UZA and High Tension is also quite long, which is 6 months.

Has JKT48 started to fade and the Re:Boost system hasn't had a good impact yet? Or is JKT48 focused on increasing its popularity and attracting people's hearts?

JKT48 is even expected to release a single for more than 7 months because it is still waiting for the results of this year's member selection.

Sakae-based group, Nagoya also did not release a single for 7-month from 2018 to 2019. HKT48 became the group with the longest distance in releasing a new single that is 11 months long. NGT48 is also likely to overtake HKT48 because since Yamaguchi Maho case they haven't come back since October 2018.