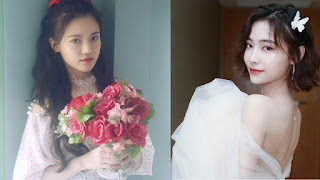 Good news came from SNH48 members nSun Zhenni and Xu Jiaqi (Kiki). These two members will be STAR48's solo artists after leaving SNH48 in the future. Even though they are both currently under the status of SNH48 member, they will extend their contract to the popular Chinese agency Siba STAR48.