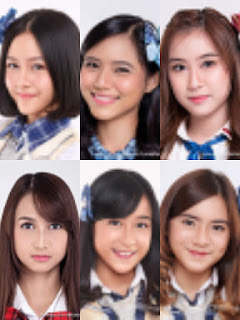 Not a good news returned to envelop the idol group in Indonesia, JKT48 because 6 members announced their graduation today at the end of show 2 "Idol no Yoake"

They announced their graduation at the announcement of the 2019 JKT48 Senbatsu Sousenkyo candidate.

Sources says, some of them have been kicked out by new JKT48 Advisor and former SKE48 staff Yuasa.