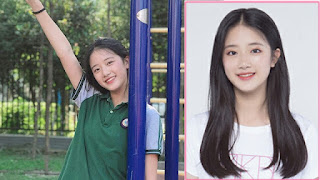 However, their social media accounts have only been opened the last few days.

There is something interesting in the official opening of the second generation of social media Team SH.

One of the members who received the most attention was Hu Xinyin who was caught in love by the post of Weibo Ju Jingyi who was a former SNH48.

This is very interesting because Ju Jingyi's post that Hu Xinyin likes, is the only one that is not banned.

It is likely that Hu Xinyin had followed Weibo Ju Jingyi before she follows everyone she followed.

The rules for using Weibo in AKB48 Team SH must indeed delete all traces of the following and cancel the shipment of other accounts so that it must be restarted from the beginning.

This is interesting because Xinyin does not like to post one of Ju Jingyi's posts as if she made a code that she is a fan of the beautiful Chinese artist.