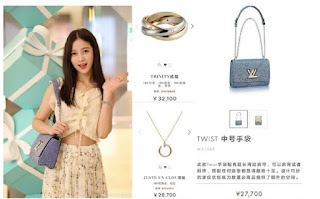 Fans have found evidence that she had been maintining a direct contact with a sugar daddy since 2016. 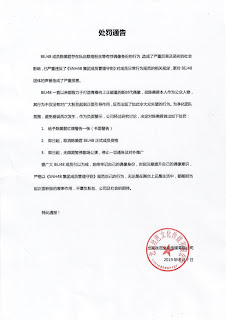 SNH48 GROUP fans have recently been horrified by the exposure of a case or scandal from a BEJ48 member named Chen Meijun.

This news is very interesting because it is very tightly closed from 2016 ago. Chen Meijun herself is a member of Team B of the fifth generation SNH48 that was sent to BEJ48 when it was formed.

Before joining SNH48, Chen Meijun was a former member of the idol group from Guangzhou '1931' who had broken up. Chen Meijun was fined 500,000 Yuan when he left the group. This scandalous case is the fraud and extortion of money by Chen Meijun to one of her fans.

This incident began in December 2016. Initially fans were suspicious of all the goods and branded clothes owned by Chen Meijun. Even though she is not a popular member on BEJ48. Let's just say Mr. X is the pseudonym of a fan of Chen Meijun who lived in private.

Mr. X is comforting Chen Meijun when she gets a salary reduction from management which is quite a lot. The party entertainment was presented by the man. A few days later, she had followed his personal account in an official account.

At this point, Meijun had broken SNH48's internal rules which forbid personal communication with fans. Even with her determination, Chen Meijun sent a message through her official account. To leave proof she always deletes messages every 1 minute.

In August 2018 fans suspected that the girl who was often called Mimi received support from the fans personally. Chen Meijun told Mr. X that she was bored with the group that couldn't make him popular.

Even Mr. X said that if he became Meijun then she would be bored meeting fans like that every week at the theater. Mr. X offered to help Chen Meijun to leave the group. Then Mimi told me that the fine out of BEJ48 was 200,000 Yuan.

In December 2018 Mr. X, who lived in Shanghai, flew to Beijing, where she met for the first time in a cafe near the BEJ48 member dormitory. Chen Meijun said she needed tens of thousands of yuan, Mr. Jackman would send 1,000 yuan on her way back from Beijing.

Slowly Mr. X reduced Chen Meijun's monthly allowance from 20,000 Yuan to 5,000 Yuan. This happened after she spent so much money starting on sousenkyo, tuition and pocket money for Meijun.

The girl also complained when the portion was reduced. "I will not see you for a month when there is less than 10,000 yuan. I will meet intimately if it's 20,000 yuan, but if that can't be done, let's make a normal relationship," Chen Meijun told Mr. X. On his birthday in 2017, Mr. X presented her with a Swarovski necklace, but was told she didn't like it, so he replaced it with platinum made of platinum.

But in May 2017, Mr. X always refused her invitation to eat on the grounds of theater and school. The iPhone 7 Plus in red color (around 7,000 yuan) was also bought by Mr. X at this time.

In 2018, Meijun will almost never receive a reply and avoid face-to-face meetings except when Mr. X sends her allowance. Because of the number of branded items that he was wearing at the Beijing theater, rumors that relating personally with fans were starting to flow.

At this time, Mr. X and Chen Meijun had not met in person for almost a year. During 2016 to 2018, Mr. X continued to send money to her regularly, but her response had declined. In early July 2018, Mimi finally blocked Mr. X, personal contact ended there as well.