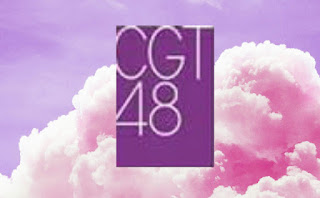 As already stated by the STAR48 president 'Wang Zijie' that they will present a new idol group that will be based in Chengdu.

At the time of the announcement, the official Weibo GNZ48 account welcomed CGT48. Trademarks and official CGT48 websites have also been registered by management.

CGT48 (ChenGTu48) is the fifth sister group SNH48 discourse based in Chengdu City, Sichuan, China. This group is staying digadang has a bright purple logo.

From the announcement of September 2017 until September 2019, the group was never formalized. CGT48 has the full support of the local government to become a local idol.

Rumors in 2018 about CGT48 emerged, reportedly they had prepared a theater in a building in Chengdu. Chengdu Tianyue is suspected of being the base of the CGT48 theater.

The building is the tallest building in Chengdu today. STAR48 also in August 2018 has opened a vacancy to be placed in Chengdu.

But in fact until now it has not been realized as well. It has been planned for the past two years that the fate of CGT48 is unknown. Plus SHY48 which has been disbanded makes this project backwards.

The consideration of forming a new sister group made SNH48 think twice as mature as having to break up the road again.

The fate of the CGT48 may be similar to the sister group AKB48 that has been planned, namely SPR48 (Saporo48). Similarly, SPR48 itself has been registered by AKS. Even AKB48 can be called to cancel the sister group project. The name NGT48 instead appeared as a new group and SPR48 did not.