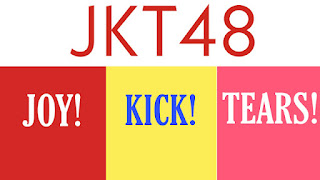 This announcement was made by General Manager Melody at the end of the Fajar Sang Idol performance last night.

Had allegedly not released a single or album for the election, it turned out that JKT48 released this album where a voting coupon would be included.

The announcement also said that the release of this album will be done in mid-September 2019.

"You know the jkt48 songs that have never been released before such as Kimi to Niji to Taiyou and Otona Ressha, the song will be released on JKT's 4th album," said Melody.

Regarding the release of this album and the songs will be announced further in the future.

Indeed, many JKT48 songs are not included in albums, singles or download cards.

There are more than 10 songs that do not yet have an official recording studio even though they are often featured.

Songs like New Ship, Kitagawa Kenji, and others. As Melody said, those two songs, Kimi to Niji to Taiyou and Otona Ressha, may be included in this fourth album.